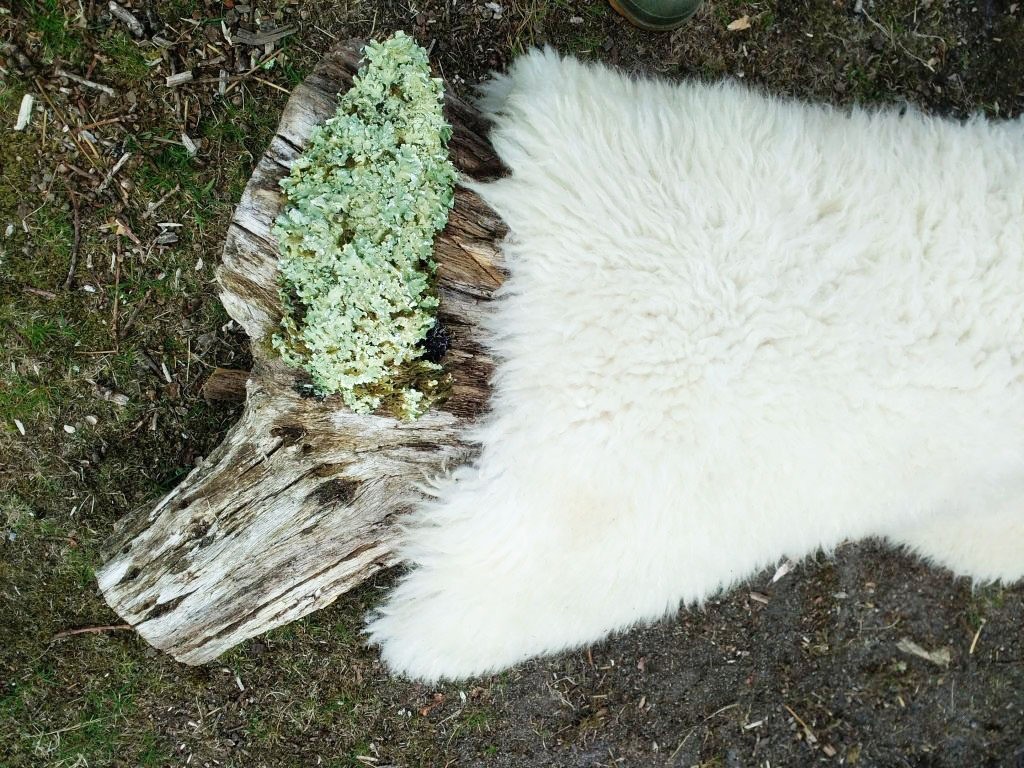 Are sheepskins OK for the environment?

A sheepskin is a sheep’s skin and has come from an animal that has been slaughtered.

Dartmoor sheepskins come from animals that have been slaughtered for meat. Sheepskins are a byproduct of the meat industry. Fewer than 1 in 200 sheepskins are tanned (0.045%), the rest are treated as hazardous waste.

We eat well over 15 million sheep each year in the UK, but we tan only 60,000 sheepskins. Instead of using this resource, we destroy it.

At Dartmoor Sheepskins we believe that non-toxic biodegradable sheepskin should be used, not burned or buried, nor replaced with plastic fabrics.

Every second of every day a lorry load of plastic fabrics are burned, or added to landfill. Every year, millions of sheepskins do the same. A sheepskin will last for many years, even if given the most basic level of care. And at the end of its long and useful life, a sheepskin has the good grace to rot into the earth. It returns.

Friends of the Earth commissioned a study which found microfibers even in our own selves. From the report:

Almost all British sheep live outdoors and receive the highest levels of animal welfare. Sheep raised on Dartmoor, for example, will see few fences in their entire lives.

Go back less than two decades and wool was the primary reason for sheep farming in Britain. Wool comes from living animals that have been shaved before the weather gets too hot. In 2001 the ratio changed in favour of meat – we currently keep (a lot) more sheep to eat. This is the source of our sheepskins.

We cannot address the needs of people who cannot live with such an overt animal product in their life. If that’s you, we hope there’s no hard feelings.

The art of creating soft, lasting hides has been passed down through generations. It’s a craft skill in an industry that slumped from an anti-fur sentiment. People concerned about animal welfare have legitimate concerns.

Barbed wire is not compatible with good sheepskin

The sheepskin industry can do little to improve sheep welfare, and buying sheepskin has zero effect on sheep lifespan. Almost all aspects of sheep husbandry are guided by the demands of the meat industry. All except one. The best sheepskin will come from sheep that have never torn their skin on barbed wire fences. We believe that sheep raised in an open landscape, like Dartmoor, produce the best fleece and live the best lives.

Our textile industries responded to the public demand to ditch fur. After Jeff Banks championed sheepskin on The Clothes Show on BBC 1 in the 80’s, Vivienne Westwood countered with a demand that fashion labels and consumers ditch fur. In a time of peak consumerism (and cheap oil) this was an obvious ethical choice. The trouble is we still wanted ‘fur’.

People cleverer than this writer created faux fur, which approximates that of animal origin but is made instead from plastic, derived from oil. Some of it is pretty good and feels authentic. Most doesn’t come close. None of it has the exothermic properties of wool. None of it degrades very quickly. All of it sheds microfibers in use, and particularly during washing and drying.

Sheepskin can be washed and dried much easier than you might think, using the same energy as a pair of jeans. During the wash, sheepskin sheds fewer hair fragments than polyester fabrics, and those that it does shed are harmless.

We urge you to again enjoy sheepskin, an otherwise waste product. Sheepskins do come from sheep that have been slaughtered, but we are currently, literally, throwing them away. Feel free to join our mailing list below, which comes with a 20% discount code “welcome20”, redeemable at the checkout.